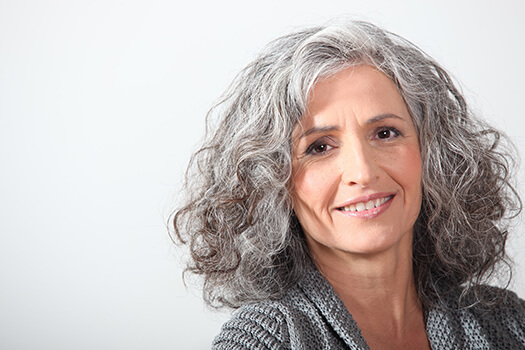 Even in the present day, there are people who mistakenly believe life deteriorates with aging. However, some seniors prove this concept wrong by living very active and productive lifestyles and serving as role models for younger generations.

Ever since she was five, Murdock desired to become a dancer, studying ballet and belly dancing. By the time she was 17, she became one of the dancers at the Apollo Theater in Harlem. She also aspired to become a model. At the age of 82, she realized her dream when Lanvin chose her to be one of the models for their 2012 fall collection.

Seniors who want to remain healthy as they age can benefit in a variety of ways when they receive professional home care. Lakewood, CO, Home Care Assistance is here to help your loved one accomplish daily tasks, prevent illness, and focus on living a healthier and more fulfilling life.

After multiple failed attempts, at the age of 64 Nyad became the first woman to swim from Cuba to Florida without a shark cage. The journey spanned 110 miles. In addition to being an acclaimed long-distance swimmer, she is also an author and motivational speaker. At one time, Nyad was also ranked 13th among women squash players.

Standing at four feet six inches in height and weighing a mere 83 pounds, Keeling is a fine example of mightiness in a small package. After the untimely deaths of her husband and two sons, she began running with her daughter, who coaches track and field. She was 67 at the time. That same year, she ran a 5K race in Brooklyn. She continued training and running. In 2016, at the age of 100, Keeling set a new world record for the 100-meter dash in the Penn Relays.

By making a few healthy lifestyle choices, seniors can boost their health and wellbeing and accomplish wonders. If your elderly loved one needs assistance maintaining a higher quality of life, consider hiring a professional caregiver. Lakewood respite care professionals can assist seniors with a wide array of daily tasks, offering family caregivers the chance to focus on other personal responsibilities or take a break to prevent burnout. Whether it’s for a few hours a day or a few days a week, respite care is the perfect solution for family caregivers who are feeling overwhelmed.

Porchon-Lynch became interested in yoga more than nine decades ago when she witnessed a group of boys performing the exercise in India. Eventually, she became a yoga instructor. In 2012, Tao Porchon-Lynch was declared the oldest living yoga instructor in the world. Today, at 99, the yoga master continues teaching and offering yoga retreats.

In 1960, Goodall ventured to Tanzania to perform field research on chimpanzees. Her findings provided a clearer understanding of the primates and began enhancing the relationship between people and wildlife. She continued her research for more than four decades. Today, at the age of 83, Goodall travels around the world to raise awareness about environmental crises and the threats primates face.

Hollander loves competition, and he has participated in more than 3,000 athletic events. In 2012, at the age of 82, he became the oldest man to complete the Ironman Triathlon in Kona, Hawaii. Today, he continues training, running, and bike riding.

Bored with her life at age 60, Connor began weight training. Five years later, she entered a bodybuilding competition in Las Vegas and won the first position. In 2012, the Guinness Book of World Records recognized her as being the oldest living female bodybuilder. She was 77 years old at that time. Today, the great-grandmother continues working out three times a week.

Professional live-in caregivers can help seniors age in the comfort of home and pursue their passions. For many seniors in Lakewood, CO, live-in care is an essential component of aging in place safely and comfortably. However, it’s important for them to have caregivers they can trust and rely on. At Home Care Assistance, we extensively screen all of our live-in and 24-hour caregivers and only hire those who have experience in the senior home care industry. Our strict requirements ensure seniors can remain in the comfort of home with a reduced risk of injury or serious illness. To learn about our premier in-home care plans, give us a call at (303) 987-5992 today.