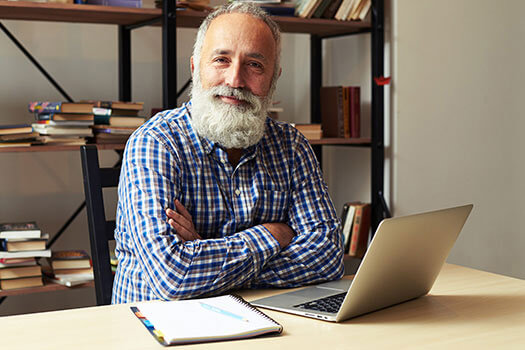 Though some seniors have difficulty using the Internet, there are others who have fully embraced the possibilities of being online. Some seniors have even managed to become popular entertainers by uploading their videos to YouTube. Jefferson County in-home senior care professionals have put together a list of 4 awesome YouTube sensations who have built and maintained an online following in their senior years.

This comedian’s YouTube channel is not for the faint of heart, but it has attracted over 290,000 subscribers within the last few years. Condell grew up as a comedian, but he now spends most of his time discussing world politics. This 67-year-old man is now an outspoken activist who relates many of today’s atrocities to those that took place during World War II, the Vietnam War, and the Balkan Wars.

The 3 Golden Sisters quickly became one of the most popular channels on YouTube after they were featured on a few television stations, including the Oprah Winfrey Network. Josie Cavaluzzi is one of the “sisters” who love making outrageous videos that have attracted millions of viewers. Cavaluzzi’s dry humor and wit have made her famous, and major networks have even offered her a number of TV deals.

Very few guitarists in the world can hold a candle to Tommy Emmanuel. Now in his 60s, this child prodigy began teaching himself various instruments when he was just 4 years old, and he was quickly drawn to the acoustic guitar. In addition to putting on concerts and shows, he also creates weekly music videos with special guests. His current style of music spans all generations and is influenced by alternative rock, folk hymns, classical composers, and modern rock.

With over 28 million views in the last 5 years, Rowett has solidified his position as one of the largest YouTube stars in history. On his channel, Grand Illusions, this YouTube sensation discusses a variety of interesting subjects ranging from toy technology to magical illusions. Rowett’s 200,000 subscribers log in every week to watch him talk about science, mathematics, and engineering. After each show, he donates many of his props to children’s hospitals throughout England.

Even if your elderly loved one isn’t interested in being a YouTube star, there are plenty of ways he or she can use the Internet to stay socially active and mentally engaged. If your loved one needs regular social and mental stimulation, reach out to Home Care Assistance, a leading provider of live-in and respite care Jefferson County, CO, seniors trust. Our dedicated caregivers can provide your loved one with companionship and brain-boosting activities. For more information and to schedule a free consultation with one of our Care Managers, call (303) 987-5992 today.